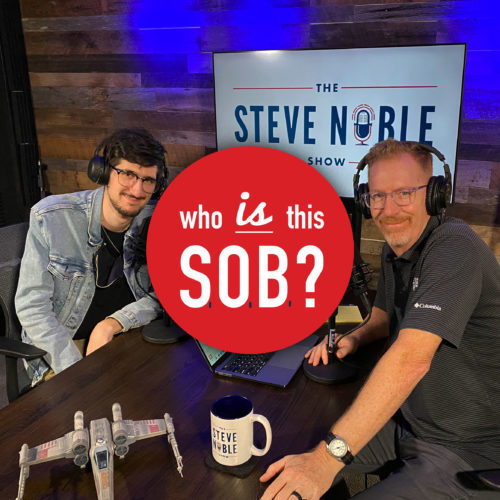 Son of a SOB? – We decided to move in a different direction with this episode after some difficult conversations with a few people in their early 30’s that didn’t like the previous episodes of Who is this SOB. They felt like I was too judgmental. Too preachy. Too much of an S.O.B., if you will. So…I decided to talk to our two older children about it/me. Hayden is 25 and Amelia is 22. That wasn’t an easy conversation, either. The result is Episode 8 of Who is this SOB.

Hayden is 25 and about to move to San Francisco…a decision that raises the eyebrows of our conservative Christian friends. He is quite smart, very empathetic, and not nearly as conservative as his parents. He would describe himself as left of center…but not on everything. He loves Jesus and he loves people, but our relationship went through some very difficult times over the past few years as we argued about politics in general, Trump, Andrew Yang, Universal Basic Income, Evangelicalism, Environmentalism, Pacifism, Southern Baptist’s, Liberals, Conservatives, etc. It wasn’t pretty.

Today? Things are much better, but it wasn’t an easy road. In this episode I interview my son about being raised in a very conservative Christian home, his time away at college, our “ugly” years, and where we are now in our relationship. It wasn’t an easy conversation…and some things Hayden shared were really hard to hear…but I needed to hear them. Perhaps you do, too. Actually, I think most Americans need to hear this conversation. Too much unnecessary division. Far too little constructive conversation. At work…with friends…and sadly, even at home.

© 2022 The Steve Noble Show. Website Design and Marketing by M is Good!